I have attempted to graphically depict the state of the MNDMR network as I understand it. I am also including Minnesota Statewide for comparison.

You may notice that the MNDMR connection is still in place between all the original repeaters and it’s still connected with Brandmeister and appears as TG31127 on Brandmeister. Officially, the world of networks sees K4USD as the master system hosting this TG number. In the case of the Nagi/James network, they consider themselves the master. As far as I know, there are no external connections to their network for this Talk Group. 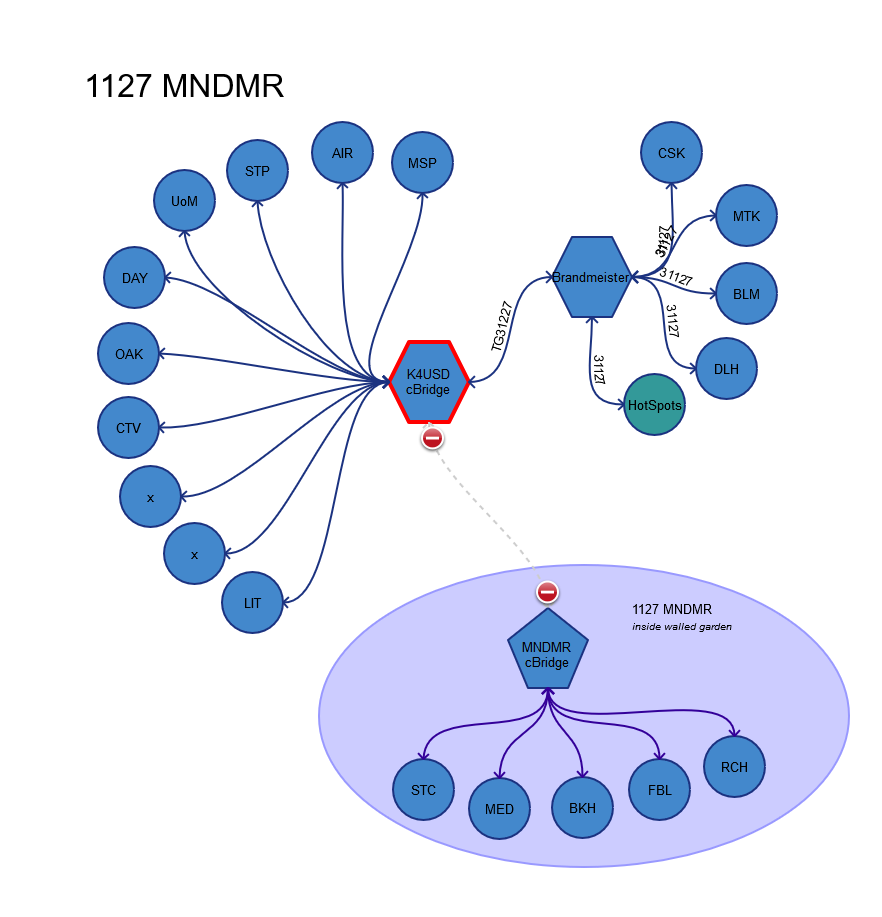 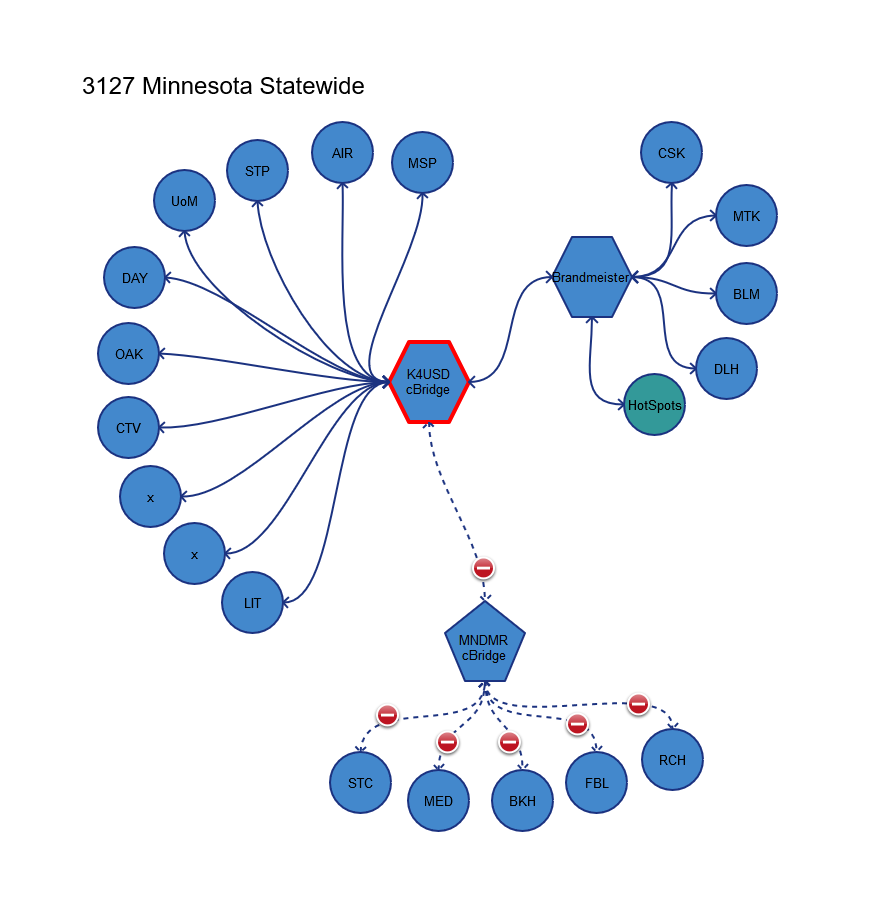 Generally, all repeaters support all talkgroups on their radio side, but will not forward to a network unless configured to do so. So for example, if you attempt to use Minnesota Statewide on a Nagi/James MNDMR cBridge connected repeater, it does appear to work locally, but isn’t going out any other repeaters.

2 thoughts on “Visual of Network Connections”